Duda expressed his disappointment with the talks, Vice Prime Ministers of Poland and Ukraine 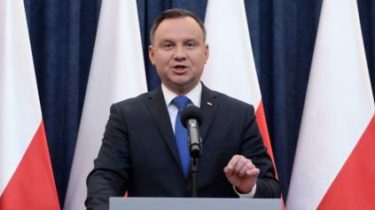 The President of Poland Andrzej Duda disappointed with the result of negotiations between Vice-premiers of Ukraine and Poland in Warsaw, however, expects a solution to the impasse.

He stated this during a press conference in Vilnius, reports PAP.

The question of Israeli journalists to the Prime Minister of Poland have caused an applause. He was forced to defend

“I do not deny that with great regret and disappointment the news from Warsaw, as this topic was an important element of my talks with President Petro Poroshenko a few months ago during my visit to Kharkov. Subsequently, we also had a phone conversation and I was hoping that this problem will be overcome,” said Duda.

He noted that the Polish side the restoration of the exhumations in Ukraine was a very important issue.

“The fact that during yesterday’s meeting, which took place in Poland, the Ukrainian side did not raise this topic, I accepted with great disappointment, because, of course, this is not the direction that was identified by President Poroshenko,” – said Duda.

16 February in Warsaw took place the negotiations of Vice-premiers of Ukraine and Poland Pavel Rozenko and Piotr Glinski on solution of problems between States that arose from the interpretation of historical events.

The President of Poland signed the so-called “antibanderovskie law.” Duda thus ignored the appeals of the Ukrainian government and the Polish opposition not to do so. It warned that the signature on the controversial document, which introduces the term “crimes of Ukrainian nationalists” and the denial of it involves criminal liability, dramatically worsen relations between Kiev and Warsaw. 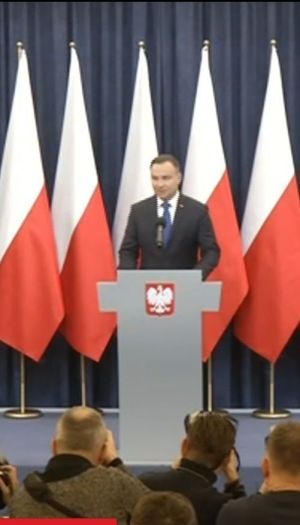