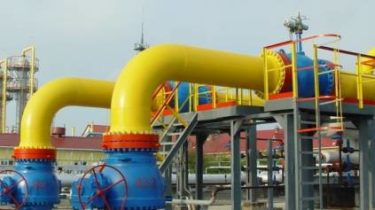 To manage the gas transport system of Ukraine has expressed a desire more than a dozen world-renowned companies.

This was announced by the President of Ukraine Petro Poroshenko, reports his press-service.

“The work carried out is very large. “Naftogaz of Ukraine” has hired an adviser, who prepares proposal for the management of gas transportation system of Ukraine in full accordance with international regulations and transparent. For more than a dozen world-renowned companies announced their desire to take part in it”, – said Poroshenko.

The President noted that the Cabinet had already adopted critical decisions.

“And when we define the range of companies that will be able to ensure gas transit to ensure the effective modernization of the gas transport network and will provide the greatest benefit for the Ukrainian state concerning the operation of the transmission system, and she will win. I’m sure in the direction of this done very, very much”, – assured Poroshenko.

Recall that in 2015 the Russian “Gazprom” and its European partners signed an agreement on the project “Nord stream-2”. It was planned to run until 2019 – to supply gas to the EU bypassing Ukraine and double the volumes of supply in Germany. The project is still not implemented. A lot of Eastern European countries and the United States expressed concern that the pipeline may restrict the supply routes and energy security of the EU. Another problem is the pipeline will undermine Ukraine’s transit role, will be deprived of its fees to several billion dollars.

In “Naftogaz” convinced that in 2020 the transit of Russian gas through Ukraine will be two to four times cheaper than “Nord stream-2”.

Earlier it was reported that “Russian pipelines bypassing Ukraine will reduce the cost of the Ukrainian GTS up to five times.