In the Donbas the militants again started firing from the tank. Chronicle of the ATO 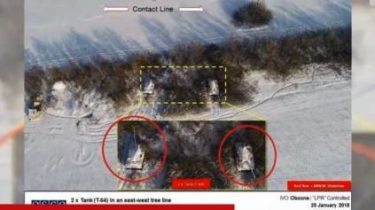 For Saturday, February 17, in the area of ATO in the Donbas the militants 10 times opened fire on positions of the Ukrainian army. Did without wounded and the victims.

In particular, in the Luhansk direction militants used 82 mm mortars and artillery caliber of 122 mm at Ukrainian strongholds near Luhansk. Near Trinity they fired 120-mm mortars and APCS. After lunch, the militants were active in the Crimean, where repeatedly fired at the Ukrainian defenders with mortars, heavy machine guns and small arms.

On Donetsk the direction fighters beat of the banned weapons near the Sands. In particular, we have used 120-mm and 82-mm mortars, made five shots from the tank.

Recall, the militants and Russia have paralyzed the negotiations on the Donbass.