A dozen sighting of shelling and a wounded Ukrainian military. A day in the area ATO 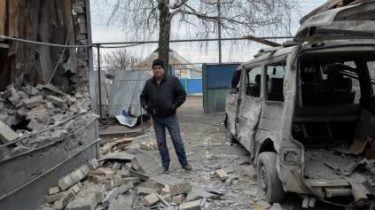 For the past day Pro-Russian militants precisely 12 times opened fire on positions of Armed forces of Ukraine in the ATO area.

As a result of shelling wounded one Ukrainian soldier.

On the Lugansk direction were mostly fired Ukrainian strongholds on the arc Svetlodarsk. Under enemy fire from mortars of various calibers and weapons BMP got the position of AFU in the area of human settlements Lugansk, Lozovo and Trinity.

In the direction of Donetsk near the Sands Pro-Russian forces opened fire from arms of the tank and mortars of various calibers.

Published by the Press center of staff ATO 17 Feb 2018

Earlier, Sweden has agreed to participate in the UN peacekeeping mission in the occupied Donbass , provided that this will not mind the West and Russia. This was during the Munich security conference on Saturday, February 17, said the Minister of defence of Sweden Peter Holquist.