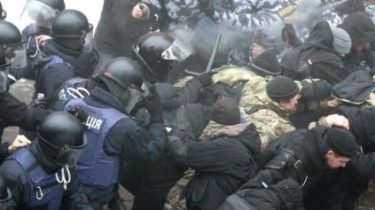 Today, February 19, will be an extraordinary meeting of the Supreme Council of justice. It was convened to discuss urgent problems of the protection of the courts.

This was reported in Facebook the head of information and ensuring communication activities VSP Oksana Lysenko.

The media attention! Today at 16-minutes – extraordinary meeting of the Supreme Council of justice. ORU convened for urgent discussion of problems of protection of the courts. Media accreditation is available by phone – /044/481-06-36

As you know, the Shevchenkovsky court of Kiev released on bail of people’s deputies of the participant ATO Alexander Fedorchenko, who is suspected of causing gunshot wounds to the police. He was detained on 15 February near Solomenskiy district court of Kyiv. That day it heard the case of election of a measure of restraint to the mayor of Odessa Gennady Trukhanov, who is suspected in a multimillion-dollar corruption. The city then head of the court released on bail people’s Deputy from BPP. Between activists and police clashed. One policeman fired a pistol at his feet.

The head of the Ministry of internal Affairs Arsen Avakov said that the demands from the High Council of justice immediate response to the actions of the judge who released from-under arrest of the person who inflicted gunshot wound police.

He also stressed that according to the law, the protection of the courts should be conducted by a specially created service, court guard, which still has not been created.

The Prosecutor’s office requested imprisonment or 50 million bail. But the court released Gennadiy Trukhanov on bail. But the most active of the action happened outside the court. The national guards came to demand to put the mayor of Odessa. They didn’t like that the young people who supported him, also came to the court. In the result of clashes. 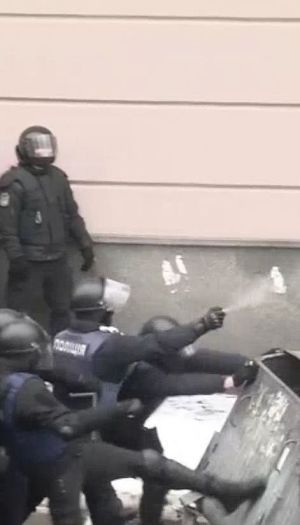