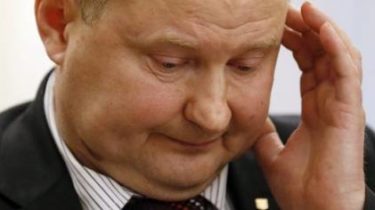 A former judge of the Dnieper district court of Kyiv Nikolay Chaus will get him political asylum in Moldova.

According to the lawyer, his client is entitled to political asylum.

February 19, was scheduled for consideration of the claim of Leadership of the Administration of the President of Moldova with the requirement to reconsider the decision to deny him political asylum. But the meeting did not take place because of the pregnancy of the judge.

Iulian Balan said that if the court decides in favor Chaus, former judge in the appeal.

We will remind, in August 2016, the National anti-corruption Bureau exposed the Dnieper court judge Nicholas Chaus on a bribe in $ 150 thousand. At the place of transfer of a bribe was withdrawn even a glass jar, into which he piled the money. However, the Chaus then , was not detainedbecause under the Constitution he had judicial immunity.

Chaus subsequently was declared in the international search. While it is known that he is hiding in Moldova, where he applied the measure of restraint in the form of house arrest for illegal crossing of the Moldovan-Ukrainian border. The Ukrainian Prosecutor’s office awaits extradition would-be judge from Moldova, however, the decision should be taken by the President of Moldova.

Videocap appeared at the hearing in Moldova