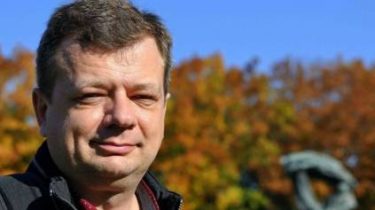 Basil Ryabchuk appointed as the new press Secretary of the Prime Minister of Ukraine.

Ryabchuk worked as an adviser to the head of the government, until 12 September 2017 the chief editor of the channel “espresso”.

Earlier the press Secretary of Vladimir Groisman was Dmytro Stolyarchuk. He was released in July 2017.