In Kiev the Director of “Elita-center” and his accomplice were arrested for extortion of $ 50 thousand. 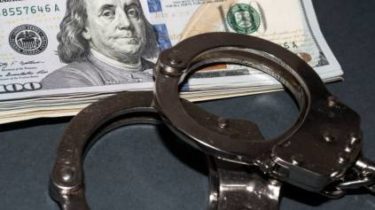 In Kiev for extortion of $ 50 thousand detained and arrested the Director of construction company “Elita-center” and his accomplice.

This was reported by the press service of the Prosecutor’s office of Kyiv.

“Director of construction company “Elita-center” detained for extortion of $50 thousand for the investor, the measure of restraint in form of detention for a period of 60 days with an alternative of Deposit in the amount of 1.3 million UAH.” – said in a statement on the Agency’s website.

60 days of arrest, the accomplice Director of the company, head of LLC “Construction and investment company” PSP LTD, the detainee immediately after receipt of these funds. Alternatively, the court determined the suspect to bail in the amount of 140 thousand UAH. Measure a second person involved in the production the Prosecutor’s office will appeal the part of the collateral.

Recall that the Director of “Elite center” in collusion with the head of LLC “Construction and investment company” PSP” LTD, demanded $ 50K from the owner of the apartment in “Elite center” to end the property dispute on the recognition of property rights to housing.

Malefactors were detained on February 15, 2018 in Kiev.

Recall, 10 years ago in Ukraine became public construction Scam “Elita-center”. Almost 2 thousand people have invested in the future of housing that was never built. Non-existent apartments were sold two or three times. According to investigators, the scammers have tricked people into giving him 400 million hryvnia. The main figurant of criminal case Alexander Shakhov disappeared from house arrest.