It became known that Poroshenko questioned in the case of Yanukovych 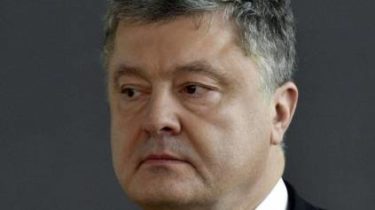 Ukrainian President Petro Poroshenko questioned the Obolon court of Kyiv in the case of treason fugitive Viktor Yanukovych on 21 February.

This was stated by the Prosecutor of the Chief military Prosecutor’s office Ruslan Kravchenko.

“On Wednesday we will question the President of Ukraine Petro Poroshenko and Ambassador (permanent representative of Ukraine to the United Nations – Ed.) Yelchenko. This is the last witness of the prosecution in this process”, – quotes “Interfax-Ukraine” his quote.

The schedule of the court sessions indicated that the case will be heard at 10 am.

We will remind, on February 15 in the case of treason Yanukovych testified NSDC Secretary Oleksandr Turchynov. His interrogation lasted more than 5 hours. In particular, the NSDC Secretary said about what was waiting for Yanukovych if he remained in Ukraine; that Russia, in 2014, was planning an invasion of Georgia from the mainland; revealed, when and why it began with the hidden occupation of the Crimea; accused of lying at the trial of former commander of the APU, and also explained why during the annexation of Crimea, he lied about the presence in Ukraine of a strong army.

Turchynov told that the order about introduction in Ukraine of martial law was ready the 28th of February 14th, the meeting of the Council it was supported only by Oleksandr Turchynov. He also said that the army was in a deplorable state, and the threat of full-scale Russian invasion is real. Therefore, to uphold the power of the Crimea was impossible. Testimony was also given by Michael Koval, in 2014, he was the acting defence Minister.