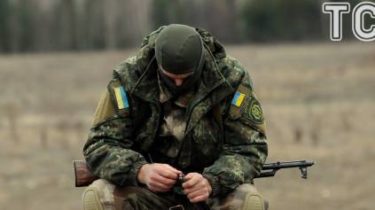 A suspect in the murder of his colleague in a military unit in Marinka has denied involvement in the crime, despite the fact that the investigation is the testimony of the eyewitness.

This was stated by the military Prosecutor of the forces of ATO Oleg Zizek the TV channel “112 Ukraine”.

“From witness testimony, we learned that he was a direct eyewitness to this event, and a soldier shot another soldier. His participation in this crime of denying, even though we have enough objective data to announce today the suspicion that the soldier”, – he stressed.

According to Chitsaka, murder suspect denies his involvement, and describes a slightly different picture. At the same time, the military Prosecutor refused to voice the words of men in the interests of the investigation.

“A soldier, who was probably shot, was in a condition of strong alcoholic intoxication, so some explanations to hear from him once the prosecutors had no opportunity and rights,” he added.

Separately, Zizek noted that the issue of the announcement of suspicion and arrest of this soldier needs to be resolved today, February 19.

“Such crimes are not simple and we are trying objectively to find out information,” he said, adding that the criminal proceedings are opened on signs of a premeditated murder.

We will remind, before mass media reported that in Marinka in part A-0409 (30-th mechanized brigade) soldier shot and killed a colleague. As noted, between men there was a quarrel during which one of them took out a Kalashnikov and killed the other.

Later at the headquarters of ATO reported that the tragedy occurred due to careless handling of weapons.