Approval for production without competition and at a reduced price. The media learned about the gas business environment Poroshenko 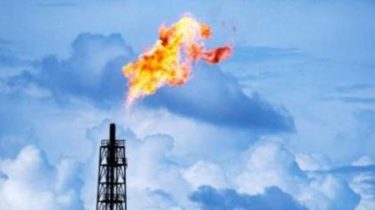 The company “Ukrnafta” for a long time studied and explored large oil and gas field in Poltava region, however, the license for production of hydrocarbons from a prepared field outside of the competition at a lower price has received a little-known private firm. Market talk that there are the interests of the environment of the Ukrainian President Peter Poroshenko, said the investigation of the program “Schemes”.

Since 1990-ies Ukrnafta drilled three wells there and worked until 2014. After that, the company attempted to obtain special permits for production, but for various reasons she was denied, said the head of Department of development of oil and gas in the company of Dmitry Kushniruk. In the letter Gosgeonedr by “Ukrnafta” explained the refusal by saying that the company has a tax debt in the amount of 11 888 289 844,47 hryvnia

18 may 2017 special permission for subsoil use, namely for the development with further production of gas and gas condensate was received by OOO “Arkona Gas-Energy”. The state service of Geology and mineral resources of Ukraine sold the firm special permits without an auction for 3.8 million. “Ukrnafta” note that this is significantly below the market price of this special permit and added that they were willing to pay at least 45 million. At the same time, in the event of bidding system of the auction, the real value could grow to 110 million. 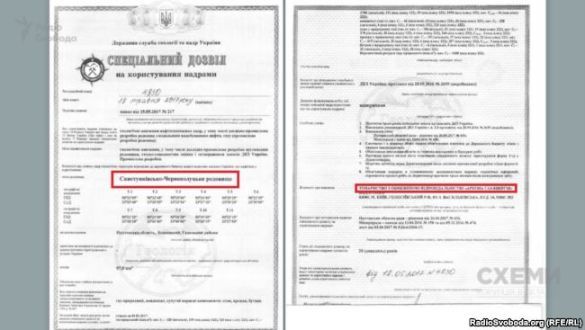 “It seems that this also became possible due to the underestimation of the real indicators of the volume of gas reserves on Svistunova-Chervonoflotska field. Because there is a direct relationship: if the inventory is less than, respectively, and the cost of permits below,” – said in the investigation.

Two weeks after the “Arkona, the Gas-to-Energy” received a special permit, she has a new owners: 1 June 2017 5% share went to the lawyer and lawyer Alexei Grebenichenko, who at the beginning of 2000-ies he worked in PJSC “Ukroptkulttovary”, the ultimate beneficial owner of which was and remains Poroshenko.

Journalists received a copy of the power of attorney on representation of interests of the society, issued by the official Director of “Arkon Gas-Energy” in the name of Lily bard. Now Lily bard head of the law firm “YUS Novitas”, which is owned by a member of the High Council of justice Alexey Malovatsky media call him a man Poroshenko. In 2014, he was Deputy head of the legal Department of Poroshenko as presidential candidate and head of the legal service of “Block of Petro Poroshenko” during the early elections to the Verkhovna Rada in the fall of that year.

Malovatsky denied the information of journalists about the fact that his wife – Natalia – translated 1 389 465 hryvnia Igor michko and Alexander Nemeckomu for a 49.5% share in the “Arkona Gas-Energy” in 2017.

According to eyewitnesses, who took part in the preparation of the 2014 elections, the President’s team capable lawyer brought nowadays the people’s Deputy Serhiy Berezenko.