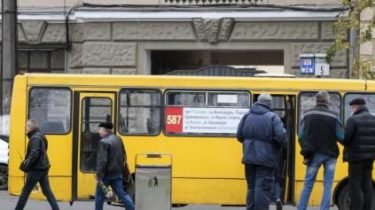 In Kiev can reduce the number of buses by half.

Officials predict a drastic change in the life of the yellow buses after high-profile accidents, said “Sedanca z 1+1“.

Daily drive to work in this truck is the real test. Ukrainians understand the danger and the fact that drivers of minibuses are constantly breaking the rules of the road, but even the comments do not.

In addition, the Network can find a lot of video evidence of traffic violations it is the drivers of minibuses. In Brovary, Kyiv region, the drivers of the two buses staged a race. One of the beads actually ran the red light and narrowly avoid a collision.

Videoskerala danger: the consequences of disregard of traffic regulations by drivers of minibuses

Officials predict a drastic change in the life of the yellow buses after high-profile accidents: to reduce the number of minibuses in the capital – twice! What is the situation with minibuses in Ukraine as a whole? And how did the passengers violations of traffic regulations by drivers – “Breakfast” went on the RAID. 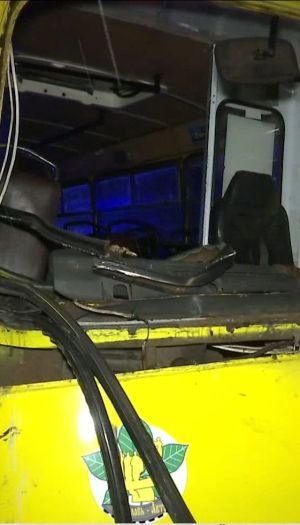 Officials after every resonant road accident with participation of minibuses promise to undertake serious examination. Now a new promise – within 5 years plan to reduce the number of buses by half.

Expert of transport policies, says that for some years the city can completely get rid of rusty “Bogdanov”.

Authorities in other Ukrainian cities such prospects do not believe. Because in the regional centers there are many problems in the first place – financial. The mayors called economic reality is disappointing. Because to abandon the bus, even for a year or two without a decent alternative, no city in the state.

We will remind, in the street Teligi street in Kiev there was an accident with two buses “Bogdan” – one of them, which went on route 242 at high speed wanted to change out of their lane and clipped the other, “Bogdan”, which was moving along the route 500. Both taxis went off the road, one of them crashed into a tree, the other into a column, which tumbled down on the track. The crash injured 15 people, 2 are in critical condition.