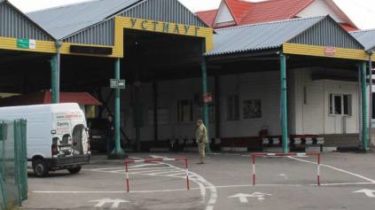 The European Union closes the project of modernization of border checkpoints with Ukraine, writes Reuters.

On the Eastern border of the EU was to upgrade six Ukrainian checkpoint, this project was launched in 2014 and is aimed at promoting the integration of Ukrainian economy with the countries of its neighbors with the EU by building or modernization of checkpoints at the borders with Poland, Hungary, Slovakia and Romania.

Poroshenko reprimanded the guards for all trucks

The upgrade was supposed to help reduce the time of crossing the border and improve customs procedures.

However, at the end of 2017, none of the six projects checkpoints have not been completed, although the EU has provided funding in the amount of 29.2 million euros.

According to media reports, obtained from the internal correspondence of the government of Ukraine and the correspondence between the European Commission and the Ukrainian authorities, the project was closed after a series of delays, mistakes and cost overruns with the participation of local officials and contractors.

“After our assessment, we concluded that the projects cannot be completed in time. 6 projects are now being prepared for closing, and the unused money back,” said the EU representative.

In addition, one senior European diplomat who deals with the issues of relations with Ukraine, said: “There is a certain fatigue in Ukraine. People are angry because of the lack of reforms, especially corruption.” At the same time he noted that the EU will continue to support the country.

The state tax service noted in its statement that among the reasons was a change of staff within the service, and the long time required for the execution of contracts and approval.

The former head of the State fiscal service Roman Nasirov said that the projects checkpoints is complicated by the fact that Ukraine is sometimes impossible to ensure the necessary co-financing.

The largest contract for two test item received firm “Energomascorporatsiya”, which specializiruetsya to install ventilation units and had no experience in public tenders for construction, according to an online registry of state contracts.

Financial Director of “Energomaterialy” Sergei Romanenko in October last year accused officials of Ukraine and the EU in preventing the completion of work on two checkpoints on the Romanian border.

“Checkpoints “Diakivtsi” and “Krasnoilsk” performed at 80-85%, but to date we have not received a penny”, – he said.

GFS has reported that have not paid the company because it did not provide documents confirming the completion of the work.

Court documents show that the company has registered and lost a lawsuit last year against the SFS for non-payment of funds, which, in the opinion of the company, a duty for the work at the checkpoints. SFS confirmed that the contractor lost the case, but did not provide additional information.