The normal losses: one soldier was killed and three were wounded 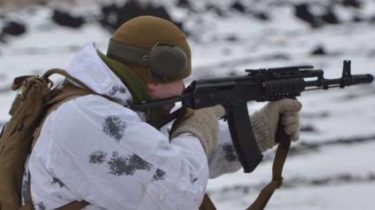 For Tuesday, February 20, in the area of ATO in the Donbas the militants eight times fired at positions of the Ukrainian army.

“For today the Russian occupation forces continued to deliberately violate the cease-fire. Because of the fire of the aggressor killed one Ukrainian soldier, three more of our soldiers were wounded”, – stated in the press center of staff ATO.

Meanwhile, the Ukrainian intelligence reports that militants of Donbass was sent to Russia for automotive and armored vehicles.