“Christian socialists”: Dobkin announced the creation of his own party 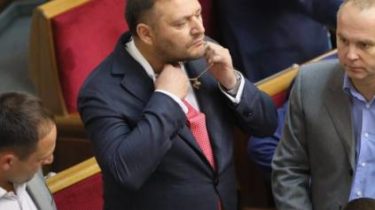 People’s Deputy of Ukraine Mikhail Dobkin announced the creation of his own party, the Christian socialist direction.

Biletsky, and Yarosh, Dobkin, Rabinovich: the deputies with “zero” performance

He stated on 20 February, the TV channel NewsOne.

20-30 on TV NEWSONE live I’ll wait for your support. However, as always. PS Had! Photo friends!))

According to him. the party was registered on February 15.

“The party is called “Christian socialists”. It will be very different from those of the socialists, who came originally from the Communists. As a light-version. It will be adapted to our country, the approach of forming companies. A Christian direction, it will be something that will return in our life such concrete human values like family, respect, relationships between people, without which not in politics – in real life you can not do” – said Dobkin.

Recall that in the Socialist party of Ukraine earlier scandal: it was excluded Ilya Kiva, which in July 2017 declared himself the leader of this political force