Interrogation of Ambassador of Ukraine to the UN Yelchenko in the case of Yanukovych. See the online broadcast 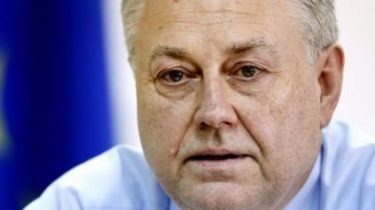 Today, February 21, in Obolonsky district court on charges of treason fugitive Viktor Yanukovych will interrogate the permanent representative of Ukraine to the United Nations Volodymyr Yelchenko.

The meeting begins at 10:00. Yelchenko is one of the last prosecution witnesses in the process. Also today will be the interrogation of the President of Ukraine Petro Poroshenko. He is scheduled for 14.00.

Online broadcast of the meeting see on TSN Live.

We will remind, on February 15 in the case of treason Yanukovych testified NSDC Secretary Oleksandr Turchynov. His interrogation lasted more than 5 hours. In particular, the NSDC Secretary said about what would be waiting for Yanukovych if he remained in Ukraine; that Russia, in 2014, was planning an invasion of Georgia from the mainland; revealed, when and why it began with the hidden occupation of the Crimea; accused of lying at the trial of former commander of the APU, and also explained why during the annexation of Crimea, he lied about the presence in Ukraine of a strong army.