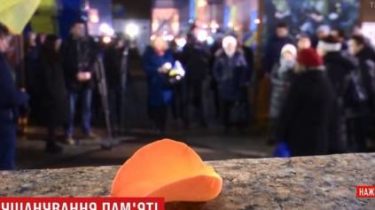 Unnatural silence gripped the centre of the capital to the anniversary of the death of the Heroes of the Celestial Hundreds on the street Institute in Kiev. From morning to evening on the ground where was shed the blood of Ukrainian patriots, sang prayers, and a memorial service, says the story TSN.19:30.

In the evening on the street of the Heavenly Hundred Heroes was no longer relatives of the victims, but the people coming to pay tribute to those who gave their lives for the sake of Ukraine four years ago. “These people are impossible to forget. They need to remember, to follow the example of their donations to continue their work,” explained one of those present.

A group of Kiev organized a “Bridal procession”, which was one of the last memorial shares these days. People bought roses and picked the petals to walk down the street, where they killed the protesters, and to scatter the petals in a sign that the victims were Ukrainian nation. In a symbolic action had the opportunity to participate.

Video settings the centre of the capital, people gathered to remember the tragic events of the revolution of dignity

The Ukrainians came to pay their last respects to people who gave their lives for our honor and freedom. On the site of the shooting of the Heavenly hundred read prayers and sing the Ukrainian national anthem. 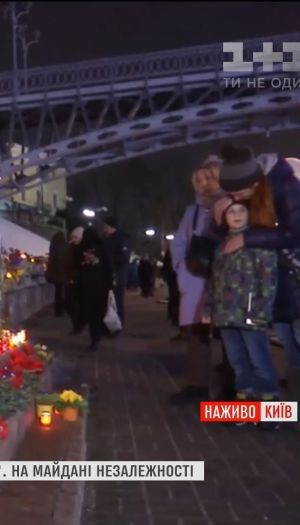