In the occupied Donbass there are only two ways – Klimkin 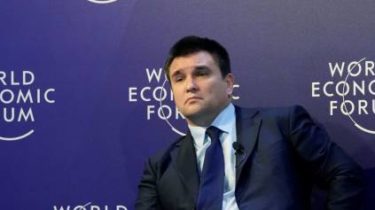 The Minister of foreign Affairs of Ukraine Pavlo Klimkin believes that the population of the occupied Donbas and annexed Crimea chose the path of euroreparatie.

“For the occupied Donbas there are only two ways: either euroteenerotica :), or the Russian occupation administration. I am sure that during these free and fair elections the people will choose the former,” wrote the foreign Minister in the microblog in Twitter.

He expressed the belief that the path of euroreparatie choose the population of the Crimea, “by the Way, the same applies to the occupied Crimea.”

Earlier the President of Ukraine Petro Poroshenko has signed the law “On peculiarities of state policy on ensuring state sovereignty of Ukraine on the temporarily occupied territories in the Donetsk and Lugansk regions”, which recognizes the Russian Federation as an aggressor state.