Matios said, many Russians convicted of terrorism for all time ATO 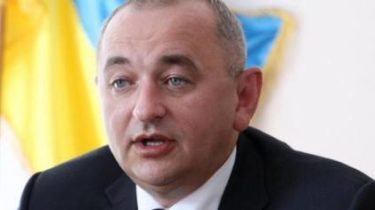 For four years, during which continues in the Donbas anti-terrorist operation, military intelligence detained 11 citizens of the Russian Federation.

About it on air of TV channel “112 Ukraine” said the chief military Prosecutor Anatoly Matios.

According to him, Russians were arrested for various circumstances, their identities were established. Three of them were personnel of the Russian military. The police, the courts passed sentences for participating in terrorist operations.

“That is all the “ruler” of the Ukrainian legislation is passed, and that documentary evidence, which enable us to address, and these documents have already been transferred through the foreign Ministry in international judicial institutions to confirm the participation of a neighboring country in a hybrid war,” – said Matios.

According to the chief military Prosecutor, now in the occupied territories of Donbass are 40 thousand armed militants. Directly contingent of Russians in different periods ranged from 3 thousand to 16 thousand military of the Russian Federation.