The European court of justice declared illegal sanctions against Klyuyev: Ukraine is not able to prove his guilt 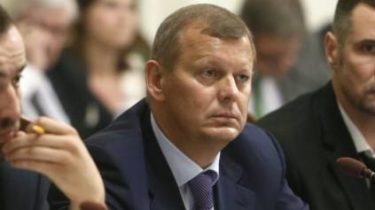 The European court of justice in Luxembourg took the decision on the illegality of the last wave of sanctions imposed against Sergei Klyuyev by the EU Council in 2017.

It is reported “European true” with reference to the press service of the Court of the EU.

This decision was the first time that the court questioned the existing sanctions. It jeopardizes the extension of sanctions against other officials, whose guilt Ukraine was not able to prove.

The decision made on the complaint filed by Klyuev in 2015 – it is related to the wave of sanctions, which operated until March 2016. During consideration of the complaint it added documents from the new sanctions wave, including the latter, introduced in March 2017. The Foundation of the sanctions ogranichenii during this time has not changed – people’s Deputy Sergei Klyuev was under economic restrictions (freezing of assets in EU) because of the “abuse of public funds”.

The court noted that restrictive measures can be imposed only on those officials who are identified as responsible” for the misappropriation of state funds. The EU court considers that the Council of the European Union, imposing sanctions, was to check how well founded are accusations against a specific person. According to the judges, there is reason to “doubt the adequacy of the evidence” that the Ukrainian government passed the European Union and the Council of the EU did not take into account the arguments Klyuyev.

As you know, Parliament has deprived of Sergey Klyuev intact in 2015. He is charged with the criminal offense provided by part 3 of article 209 (transactions with property in especially large amounts obtained as a result of a socially dangerous act that preceded the legalization (laundering) of incomes, and committing acts aimed at concealing and disguising the illicit origin of such property, rights to such property) and paragraph 5 of article 369 (providing a service to the person who holds especially responsible position, undue advantage in a large scale for committing a person to ensure who provides illegal benefit and in the interests of third parties actions using given to him by his official position).