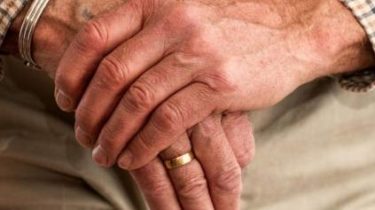 Military pensioners have increased retroactively from 1 January this year, payments on the average on 1,5 thousand UAH. Although promised to adopt the document in December and January.

The decision adopted at its session the Cabinet of Ministers, the press service of the Ministry.

Prime Minister Volodymyr Groysman noted that the document does not require changes to existing legislation and it will be in effect until production and adoption of the bill, which is now under discussion and negotiation.

“We started the discussion on pensions in the autumn. This is an extremely important law that establishes justice in the military. I promised from January 1 to raise pensions, and I remember. But the discussions concerning the draft law are continuing. And they can last a month or two. So today we make the decision to raise pensions for military personnel – on the average on 1,5 thousand hryvnia. The accrual will start from today”, – said Groisman.

The Minister of social policy Andrei Reva promise in the future increase of pensions to military men twice.

“The decree provides, given the financial possibilities of the state, the gradual increase of pensions to representatives of law enforcement, from 1 January 2018. In the first stage, such an increase will average not less than 1500 UAH. After the first stage this figure is expected to double, i.e. from 1 January 2020 the pension provision of security officers will grow by almost two times”, – assured Reva.

We will remind, the Minister of defence of Ukraine Stepan Poltorak in early autumn reported the planned increase in payments to servicemen located in the ATO zone. So, for service on the first line of defense fighters will receive 10 thousand UAH more in the second – an additional 4.5 thousand UAH.