“They drugged the terrorists”: a friend who was shot near Shirokino a marine told new details about the murder 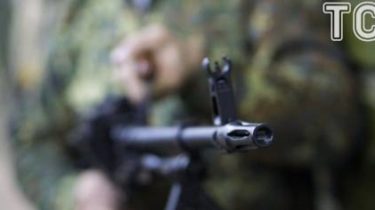 Soldiers separate brigade of Marines of Armed forces of Ukraine, which was shot under Shirokino his four colleagues, could pickle an unknown substance.

This was stated by the girlfriend of a senior sailor of the 36th brigade of Marines of the naval forces of Ukraine Valery Litvinenko Marina Vasilieva (not his real name – approx.ed.) says “Browser”.

“I don’t believe… We often spoke with Valerie, he has always said that they are friends… And then suddenly this. The guys say that they are all drugged terrorists. They even now don’t remember anything…” she said.

In addition, she denied the official version that the military shot in the dream.

“Have you seen HART? He’s all beaten, bruised! Where are they, if it’s just a shot, as they say…” – says Marina.

In addition, she noted that on the death of her friend said the militants across the page in a social network “Vkontakte”.

“Why a candle is not put? Your buddy – Valerie Litvinenko died… Wait in the box. We called you to us for Donbass. Well, if it came in a coffin – and home,” wrote a man named Umar Magomedov from the Russian city of Bratsk.

After that, the militants threatened the girl with death if she will not be silenced.

“I’m a fool, just to the straps cut! You cover your mouth – think about yourself, sister! Clearly explained? How’s the daughter? You’re an idiot, think you can help. Do you know how many you had?” he added.

Earlier, the ATO headquarters reported about the deaths of soldiers separate brigade of Marines, whose bodies were discovered in the house where they temporarily lived. Were subsequently established involvement in the murder of two colleagues of the victims who were detained. The men have given grateful evidences, having told that shot and killed a fellow in a dream because of the alleged constant bullying.