“Very negative signal”. The Cabinet confirmed the cessation of funding for the EU border management Ukraine 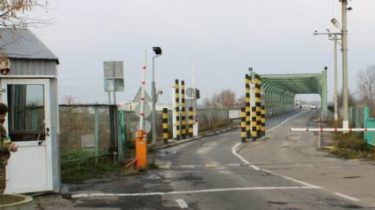 The Minister of Finance of Ukraine Alexander danyluk confirmed the termination of EU funding of infrastructure projects on the border with Ukraine.

He stated this at a press conference on 21 February, UNIAN reports.

“The decision became public yesterday. This is a very negative signal… Because when we talk about the termination of cooperation with our partners because of their insolvency, we just diskreditieren themselves. There were problems, they are associated with GFS. We seek a way out of this situation”, – said the head of Department.

Danyluk added that he sees the need to delegate the construction of infrastructure projects on the Ukrainian border local authorities instead of the State fiscal service.

“GFS didn’t have to build custom. That construction company? This is not a characteristic function for the SFS. They are interested only from the point of view of their interests … Who can do better than the local authorities?” – he said, reports “Interfax-Ukraine”.

Earlier, Reuters reported that the European Union closes the project of modernization of border checkpoints with Ukraine because of corruption. On the Eastern border of the EU was to upgrade six Ukrainian checkpoint, this project was launched in 2014 and is aimed at promoting the integration of Ukrainian economy with the countries of its neighbors with the EU by building or modernization of checkpoints at the borders with Poland, Hungary, Slovakia and Romania.