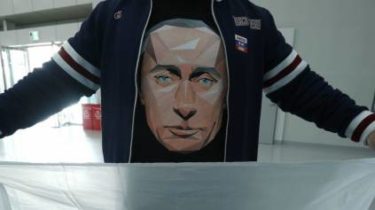 Aggression against Ukraine helped Russia to regain the lost after the collapse of the Soviet Union’s role in world Affairs.

Such opinion in interview “Censor.No,” was the former Ambassador of Lithuania to Ukraine Petras Vaitiekunas.

According to him, the shooting of the participants of the Euromaidan in February 2014 – not just a provocation of Russia, the Putin regime set ourselves some strategic goals. It is, according to the diplomat, to stop Ukraine’s integration into the EU structures and NATO. “And second, the Kremlin’s goal is the capture of the Crimea and the beginning of Russian aggression in Eastern Ukraine. Russia has managed to achieve some tactical goals, namely, the return of Russia lost after the collapse of the Soviet Union’s role in world Affairs. But the price of these “successes” is that a strategic goal of Russia is to find its place in the Western, European civilization was completely destroyed,” – said Vaitiekunas.

“This is our line”: Yelchenko remembered talking to Deputy foreign Minister of the Russian Federation about the troops in Crimea

Lithuanian diplomat recalled that his conversations with the leadership of the Russian Federation showed that, after the failure of the Soviet Union in the efforts to create a new Soviet man, “Russia begins a new large-scale social experiment to create your own civilization in the form of the old Empire, which, in principle, impossible without the enslavement.”

Earlier during interrogation in the case of treason Viktor Yanukovych, NSDC Secretary Oleksandr Turchynov said that Russia planned the occupation of the Crimeaand disarm Ukrainian military units on the Peninsula was due to end on 1 March. At the same time Russia began to concentrate the armed forces in the North and East of the borders of Ukraine to prepare an invasion of mainland Ukraine.

In court the morning was extraordinary security measures. However, before the meeting, it became known that the head of state will come, and will participate in court remotely. After the meeting, the lawyers of Yanukovych said that it will initiate a new interrogation Poroshenko, and still have to start to question their own witnesses. 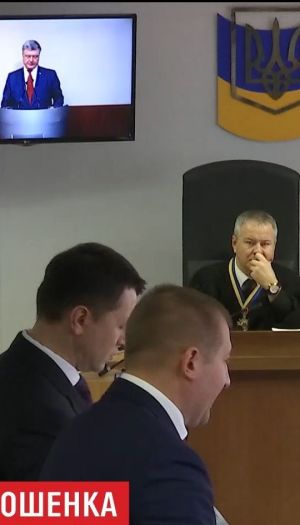