“This is WHA the f**mentioned”. Moskal responded sharply to the accusations Suprun in “smuggling” drugs 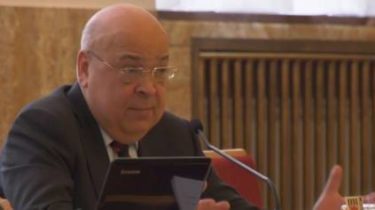 The head of the Transcarpathian regional state administration Gennady Moskal was outraged by the statement of the Minister of health Ulyana Suprun that cure for measles in the area was not cleared properly.

“Look at that Suprun. I cook her the answer that she need a vaccination against stupidity… Yesterday I shared all the news agencies her letter: “There are problems in the Carpathian region, because the local administration, headed by Gennady Moskal, received 8,000 doses from Hungary, but not cleared and brought them contraband”. Although now we are putting custom – all customs cleared. This is what the f**mentioned, I’m sorry” – has reacted sharply Moskal.

He also denied that the alleged doctors do not want to use “bonded properly” drugs.

“If it weren’t for these drugs, we would not be able to stop the spread of measles,” – said the head of Transcarpathia.

The head of the Transcarpathian regional state administration Gennady Moskal was outraged by the statement of the Minister of health Ulyana Suprun that cure for measles in the area was not cleared properly. At session of a regional Council Moskal emotionally and profanity commented on the statement Suprun. Video TSN has provided the TV station “Sirius”. 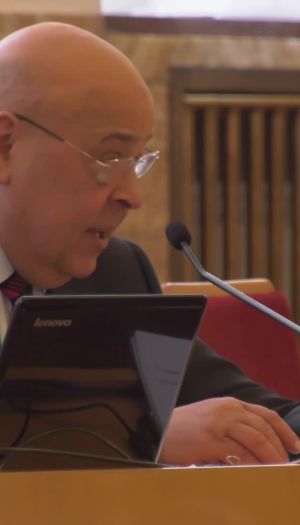 Finally, Moskal complained that the officials inadvertently create a conflict situation with Hungary, and so there was a lot of controversy because of the new educational law, which the neighbours consider to be discriminatory towards languages of ethnic minorities.

“How much can we tolerate morons in the government”, – said Moskal.

We will remind, according to statistics 2017 Ukraine entered the top three leaders among European countries on the incidence of measles. Most cases were recorded in Romania – 5 562, Italy – 5 006 and Ukraine – 4 767.