Now completed the anti-terrorist operation on Donbass. Instead, it is the operation of the joint forces.

On this “Radio Liberty” said the chief of the General staff of the Armed forces of Ukraine Viktor Muzhenko.

“The law that February 20 was signed by the President of Ukraine, sistematizirovat the use of the APU to perform the tasks that they performed in the ATO and the format change of the primary operation. ATO be completed, and we move on to the operations of the joint forces. This implies a clear structure of the management system, the subordination of certain forces and means of the military leadership, the establishment of a joint operations headquarters as the main body of the management of this operation on the territory of Donetsk and Lugansk regions,” – said Muzhenko.

The new format will allow to systematize the involvement of the Ukrainian army units, divisions and other components of the security sector “more effectively and within the legal framework apply to APU.”

The headquarters of the United forces will head “the man with combat experience.”

“We have appropriate candidates. They require certain approval procedures. And then in no time they will be given to the President of Ukraine for endorsement a candidate. It will be the person who has combat experience and enough skills, knowledge and practical experience in order to perform such tasks,” – said Muzhenko.

We will remind, on February 20 the President of Ukraine Petro Poroshenko has signed the law “On peculiarities of state policy and ensuring state sovereignty of Ukraine on the temporarily occupied territories of Donetsk and Lugansk regions”. The document provides for reformatting of the ATO, and identifies Russia as the aggressor. Poroshenko also said that pending approval from the Minister of defence and chief of General staff of VSU on an agreed candidate to the post of commander of the United forces.

Videopreteen signed a law on de-occupation of Donbass

The Verkhovna Rada adopted him a month ago, and today during a meeting of the war Cabinet Petro Poroshenko signed the document his signature. Noting that the law does not violate any international agreements which Ukraine has taken on itself. The legislation recognized that Russia is a country agresora. 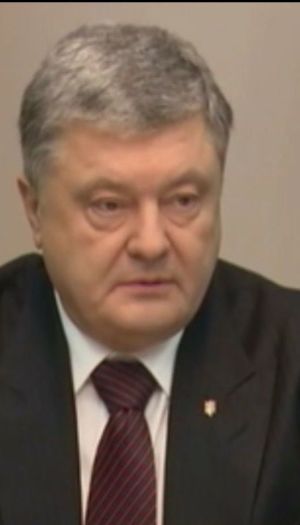