Russia cut off from the occupied Donbass quarantine stripe 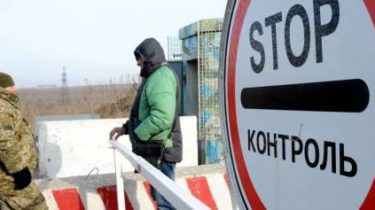 Russia has established on the border with the occupied territories of Donbass 300-metre quarantine strip, where it is forbidden to graze animals, to protect the region from the transfer of contagious diseases.

This was reported in the press service of border Department of the FSB of Russia in the Rostov region.

“In the framework of the decree on land along the state border of Russia with Ukraine in the Rostov region establishes a quarantine band area with a width of 300 meters from the line border, within which banned the keeping and grazing of agricultural animals,” said the guards.

As noted, local governments are encouraged to mark the limits of the quarantine strip warning signs.

We will remind, earlier Russia a few days did not pass on their territory trucks. On the border has accumulated about 170 trucks. According to unconfirmed reports, the Russians allegedly broke down inspection and review of the x-ray complex. At the same time on repeated official enquiries regarding the situation on the border, the response from the Russian side has been received.

The border service of FSB of Russia