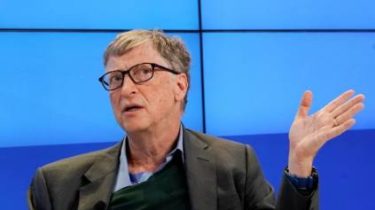 The American billionaire, founder of Microsoft Corporation bill gates does not know the prices on popular products.

The Western media joke about the embarrassment of a businessman in the Comedy “Ellen DeGeneres”, reported in the story “snidanok z 1+1”.

Computer tycoon did not cope with the question of the cost of home goods in American supermarkets. Bill gates showed five popular among Americans items, particularly rice mixture, cheese plate and some dental floss, and then asked to guess the price. The billionaire is the sum considerably above their real value. However, the entrepreneur does not immediately warned the leadership that for a long time didn’t go to the shops. He was very surprised at such low prices in supermarkets.

By the way, the state of bill gates is estimated at over 91 billion dollars. Annually, the computer magnate, along with his wife Melinda gates give to charity a few billion dollars.