Poroshenko announced the establishment of military police and court 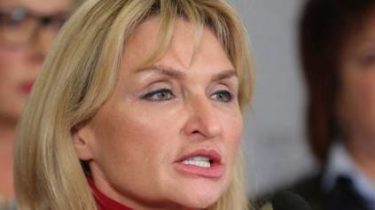 Signed by the President of Ukraine Petro Poroshenko and published in the parliamentary newspaper “Voice of Ukraine” law on reintegration of Donbass entails the creation of a military police.

This was stated by the representative of the President of Ukraine in the Verkhovna Rada Iryna Lutsenko, writes “Еспресо.TV”.

“This is the police in our Armed Forces which could carry out and to maintain order in the zone of differentiation”, – she explained.

According to Lutsenko, the law will give impetus to the updating of the law on SBU and the national security and defense, which will be spelled out the future course of Ukraine and the regulation on the joint staff of armed forces of Ukraine and its leader.

In addition, the representative of Poroshenko said that the presidential Administration is preparing a law on the establishment of the military court.

We will remind, on February 20 the President of Ukraine Petro Poroshenko has signed the law “On peculiarities of state policy on ensuring state sovereignty of Ukraine on the temporarily occupied territories in the Donetsk and Lugansk regions.”

The law specifies that the temporary Russian occupation of the territory of Ukraine, irrespective of its duration, is illegal and does not create for Russia’s territorial rights.

According to the law, the temporarily occupied territories in the Donetsk and Lugansk regions are recognized as part of the territory of Ukraine, within which armed groups and the government of the Russian Federation has established and provide oversight: the land territory and its internal waters within individual regions, cities, towns and villages of Donetsk and Lugansk regions, internal waters adjacent to that territory, deep inside the territories and air space over these areas.