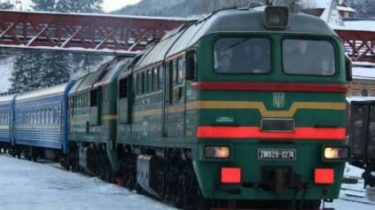 The result of the agreement of PJSC “Ukrzaliznytsia” with General Electric in the amount of 1 billion US dollars will be the upgrading of Railways and the development of production.

About this on his page in Facebook wrote the President of Ukraine Petro Poroshenko.

According to him, the most important thing is that the signing of the framework agreement will be key to the long-term mutually beneficial cooperation between Kiev and Washington.

“And this is one of those signals, which indicate that Ukraine is moving forward. This is convincing proof that we have returned to economic growth we begin to upgrade the infrastructure that Ukraine is a reliable partner. It is the biggest deal for many years”, – stated in the message.

Ukrzaliznytsia also notes that the agreement provides for long-term 15-year cooperation between PJSC “Ukrzaliznytsia” and the world’s technological leader in the American Corporation “Dzheneral the electrician”. This transaction marks the beginning of a qualitatively new stage of development of the rail transport system of Ukraine, which will entail the use of new technologies, the creation of new jobs and the development of export potential of Ukraine.

Video settings April “Ukrzaliznytsia” will increase the cost of tickets

Only in 2018, “Ukrzaliznytsya” plans to increase the cost of train tickets more than 20%. German trams will transport Lviv. “Ukrpochta” has reduced the number of mailboxes in Kiev twice. Ukraine is in Top 10 worst countries for pensioners. More on economic news and currency rates and fuel prices in our survey. 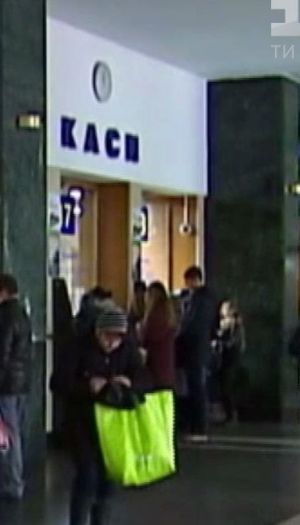 “I am very pleased that the dynamic negotiations with GE only lasted five months and led to the signing of an unprecedented agreement. My Government is always ready to support innovative investments to create products with high added value and new jobs in Ukraine. I am convinced that the signing of the agreement between PJSC “Ukrzaliznytsia” and “General electric”, which was held with the support of the Office for attracting investments UkraineInvest, will be a significant impetus for the development of Ukraine’s transport infrastructure and domestic engineering,” said Prime Minister of Ukraine Volodymyr Groisman.

The framework agreement envisions production of up to 225 new and modernization of 75 old mainline diesel locomotives with a large degree (40%) localization in Ukraine. In the framework of the implementation of the first phase of the Framework Agreement is also a contract of sale between “General electric” and “Ukreximbank” in relation to the supply and production in Ukraine 30 new GE Evolution series locomotives in 2018-2019, which will then be transferred in financial leasing PJSC “Ukrzaliznytsia”.

The first deliveries of locomotives from the US scheduled for autumn 2018. The agreement provides significant localizing the production of locomotives and their technical maintenance, resulting in the creation of new jobs. In a broader perspective, the successful implementation of this bilateral cooperation will have a positive effect on the modernization of the industrial infrastructure, increase energy security, develop the export potential of the country and will lead Ukraine to a position as a key logistics and transport hub in the region.

Groisman added that this deal is the collaborative effort of a large group of negotiators, including the Government and the Government Office attraction of investments UkraineInvest. The talks were held in a short time – from the beginning of active negotiations until the signing of the Agreement took only 4 months.

“Talking about strategic partnership for the next decade and the entry of Ukraine to the global market GE. The first locomotives will be available to the Ukrainian railroad this fall. Simultaneously, there will be selected areas for further industrial cooperation. The agreement is the development of transport infrastructure, strengthening of logistics position as a European railway hub and shopping corridor, additional jobs and bringing in advanced technologies”, – he wrote in Facebook.

According to him, the next step will be the opening of spring one of the most ambitious infrastructure projects – a new Beskidy tunnel, which will allow to increase the transit potential of Ukraine in the Western region.

Recall that until the end of 2018, “Ukrzaliznytsya” plans to increase by 20-24% ticket prices on passenger trains. Planned the rising cost in two stages of 10-12% each in the second and third (or fourth) quarters.