Progress: COBOL briefly spoke about the negotiations with “Gazprom” about purchase of Russian gas 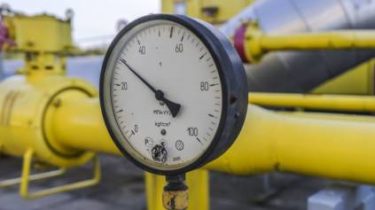 Progress in the negotiations between the national holding company “Naftogaz of Ukraine” and Russian “Gazprom” about purchase by Ukraine this year, Russian gas yet.

This was during the roundtable said the Chairman of the Board “Naftogaz of Ukraine” Andrey KOBOLEV, transfers UNIAN.

“Negotiations with “Gazprom” does not comment. While there is no progress … But it will be”, – said the head of “Naftogaz”.

Earlier it was reported that this spring, in March, “Naftogaz of Ukraine” plans to resume the purchase of gas from Russian “Gazprom”.

Recall that according to the decision of the Stockholm arbitration, Ukraine has to buy from Russia up to 5 billion cubic meters during 2018.

Last time, Naftogaz bought gas from Gazprom two years ago, at the end of 2015. After refused – waited for the decision of arbitration on points that did not satisfy Ukraine.

22 Dec 2017 “Naftogaz” received the final decision of the Stockholm arbitration on the contract for the purchase of gas. According to the company, the arbitration has satisfied all the requirements of the Ukrainian side reduced the price of the gas it purchased from Gazprom in the second quarter of 2014, 27.4% to 352 dollars per thousand cubic meters; dismissed the claims of the Russian side to buy gas on a “take or pay” in the amount of $ 56 billion. Arbitration also reduced the amount of gas that “Naftogaz” in the years 2018-2019 will be required to buy from “Gazprom”, from 52 to 5 billion cubic meters per year.

According to the transit contract, which was concluded in 2009, “Gazprom” had to be transported through Ukraine 110 billion cubic meters per year. As this condition was not fulfilled, Naftogaz demands in court to collect from the Russian company $ 16 billion. Publication of the arbitration decision in the contract for the transit are due on 28 February 2018.