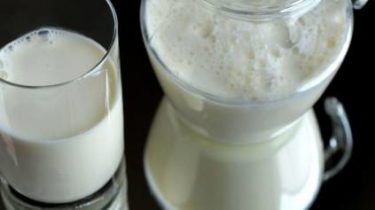 About it reported in a press-service of Rosselkhoznadzor.

Restrictions are imposed on February 26 in connection with a long flow of dangerous products, in particular, fall under the prohibition of pasteurized, dried, canned and condensed milk and cream and whey concentrate, milk protein and milk serum.

It is also noted that the restriction will last at least until the relevant negotiations with veterinary services of Belarus and dealing with the situation of security products, which are scheduled for February 26.

In turn, one of the largest dairy producers said that the decision of the Rosselkhoznadzor is “unprecedented”, because most of Russian confectioners and dairy processors depend on Belarusian milk powder, because in Russia of raw materials of proper quality there. According to him, it may lead to food shortages, writes “Kommersant”.

The government of Belarus also “surprised by the decision of the Rosselkhoznadzor”.

“I just read. Now we find out that prompted the Russian side to him,” – said the first Deputy Minister of agriculture and food of Belarus Leonid Marinich writes “RIA Novosti”.

We will remind, last year the Minister of agriculture of the Russian Federation Alexander Tkachev called for Russian producers of milk and dairy products to increase capacityto move with the market of Belarusian products.

“The shortage of milk in our country is around 7 million tons, and the milk we import from Belarus, little from other countries, but mostly Belarusian milk. It is the main supplier to the Russian market. I think the problem milk they decided five years ago, fed his people, 15 million people. And almost the same amount of supply on the Russian market and earn no less than $ 3 billion. I think it is a matter of principle – our incomes, our jobs, taxes. This is your present and future. Therefore, it is necessary to take very seriously for the solution of the food problem in the country, and I believe that farmers need to lead this process,” urged Tkachev.