“Ears stick out the anti-Ukrainian position”: head of the state administration accused the Garden of “economic chauvinism” 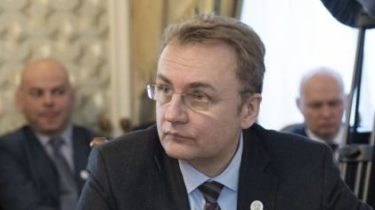 The mayor of Lviv “anti-Ukrainian position” if you are going to buy a bus foreign manufacturer when there’s a Ukrainian production buses “Electron”.

This was stated on his page in Facebook the head of the regional state administration Oleg sinyutka.

“Today, together with the first Vice Prime Minister of Ukraine Stepan Kubiva visited the production facilities of “Electron”. Regard the attempt of the city authorities of Lviv to buy a bus foreign manufacturer, ignoring Lvov, as economic chauvinism, which again ears stick out” anti-Ukrainian position,” – he stressed.

According to Synyutky, he’s a principled position to support the Ukrainian, and particularly in Lviv commodity producer.

Today, together with the First Vice Prime Minister of Ukraine Stepan Kublin visited the production facilities of “Electron”. …

Recall that in Lviv for the debts of the Ministry of justice officially declared wanted by the buses, the city’s largest carrier ATP-1, requiring the police to detain, deliver to the garage and seize documents.