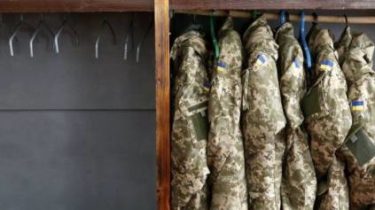 For the last day, February 23, fighters 13 times indemolishing the truce – none of Ukrainian defenders was injured.

“For the past day the Russian occupation forces continued to violate the Minsk agreement and used weapons, which must be removed from the separation line at certain distances. Particularly active is the aggressor have made provocations in the dark time of day”, – the report says.

On the Lugansk direction the enemy used artillery systems of caliber 122-mm mortars and a whole Arsenal of small arms, including rocket launchers near Luhansk.

According to preliminary information staff, several shells exploded in the vicinity of this front-line village and damaged the property of private houses of local residents.

From the temporarily occupied Pervomaisk the enemy fired on the neighborhood with Podlesnaya artillery of calibre of 152 mm. the Consequences of the damage are being investigated.

From 120-mm mortars and APCS aggressors fired strongholds near Trinity.

“In other areas of our defense forces of the aggressor provoked the Ukrainian advocates from different types of grenade launchers and small arms near Novoaleksandrovka, Novgorod and Zaytsevy”, – noted in headquarters.