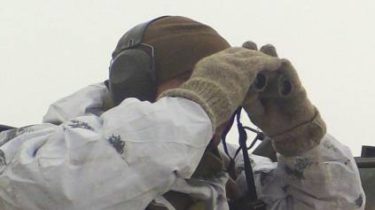 By signing the law on the reintegration of Donbas, President of Ukraine Petro Poroshenko confirmed the commitment of Kiev on a military solution to the conflict in the region.

This was reported on the website of the Ministry of foreign Affairs of the Russian Federation, reports “RIA Novosti”.

The document, which called Russia “an aggressor” and the uncontrolled territory “occupied” angered the Russian foreign Ministry. It stressed that the statement of Ukraine about the occupation is “unsubstantiated public insinuations”.

“February 24, 2018 entered into force a controversial law on the so-called” reintegration of Donbass “. Thus in Kiev finally confirmed its focus on a military solution to the conflict in the South-East of Ukraine. By signing the said bill Petro Poroshenko has effectively undermined the Minsk agreements, lending a hand” party of war “, – stated in the message.

And although Poroshenko stressed that Ukraine remains committed to a peaceful solution to the problem of liberation of the occupied territories, the Russian foreign Ministry means that the document creates conditions for the forcible seizure of uncontrolled Kiev territory of Donetsk and Lugansk region.

We will remind that the leader of the militants Zaharchenko in response to the law promises to create a “national military Tribunal”.