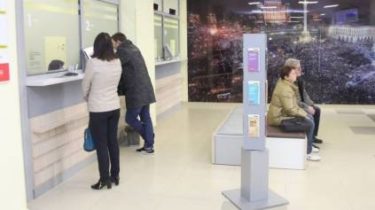 In the near future, there may be situations under which you will be necessary additional capitalization of the state “Oschadbank”.

This was stated by the head of Board of “Oshchadbank” Andrew Lush, reports the edition “Economic truth”.

“I very much hope that with the full mobilization of the resources we will finish in 2018 with a profit,” said Lush during a press conference on the development strategy of “Oschadbank” until 2022.

“Problem credit package has not disappeared. We work with him, but he is on the Bank’s balance sheet and generates toxicity. And this toxicity, we must properly assess and appropriately compensated. We are working in this direction, but this work takes time,” he added.

Lush also noted that “situations may arise in which the capitalization of “Oschadbank” will be required”.

“Indeed, there are now questions on the capitalization of “Oschadbank”. Now carried out the relevant analysis, and if it turns out that this (additional capitalization – ed.) will be needed for successful implementation of the strategy of “Oschadbank”, it will be done,” said Finance Minister Alexander danyluk.

Estimated capitalization of the Minister of Finance and Chairman of Board of “Oshchadbank” is not called.

“100% of all requirements in the reservation, which has already occurred and which may occur in the first place accounts for the portfolio which has been formed until 2014,” explained Lush.