The government has decided to cash in on the owners of rented apartments. What is the scheme 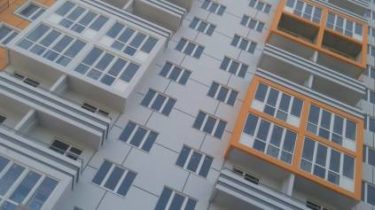 Since October last year the prices for real estate for rent increased by 20%. Then Bloomberg called Kiev the city with the least affordable housing among emerging economies. On average it was 609 dollars.

The best ratio between the average wage in the regions and the cost of renting apartments was in Poltava, Zhytomyr and Kamyanets-Podilskyi. The worst difference in the capital.

Realtor Yulia Smirnova told that all the accessories that can stand in the apartment, not so much for comfort as for earnings. This can be in any apartment, regardless of city, area or quality of repair. “The presence of small household appliances, such as coffee machine, kettle, dishwasher, immediately add in the price of two thousand hryvnias”, – she said.

For these apartments in Kiev can ask for more 22 thousand hryvnias a month stay. The cost of these comfortable spaces are the same for Kiev, Odessa and Kharkov.

Average minus will be the same in the cities about six thousand hryvnias. These apartments are in great demand. People go in search of work, and to live somewhere. And this successfully are the owners of the apartments. Now, all rental real estate is concentrated in the same hands. More precisely, the hands of many, but all housing, which now seem to belong to private owners, says CEO of real estate Agency Elena Liberova.

“No of vowels laws or unwritten laws of the market. There is a price. She’s being so. And the trend established by the owners and housing demand”, – says Baburova.

This game is without rules and wants to interfere with the government. It turns out that in Ukraine in General there is no separate law that would regulate relations between owners of apartments and tenants. It is easy to understand that everything revolves around personal arrangements because nobody wants to pay an extra penny brokers and pay taxes. The new bill is to bring the market into the light.

The idea is this: Ukraine will build an entire state house for rent apartments. And merits will be so much that all employers a quick rush from private owners and to rent apartments legally from the state. To retain customers, apartment owners will be forced either to reduce cost or to improve conditions. Only now the picture is unlikely. First, the state will not go away the corruption that every idea will turn to bribe officials. Second, the state has no money for such a project. Thirdly, it tries to invade the territory, where the last word belongs to communities and mayors who are afraid to anger their constituents. Therefore, all risks end just a new tax and another price increase.