The victim in the Kiev water Park child received a deep wound in the skull, doctors put the 34 seam – mother 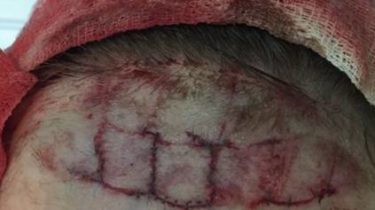 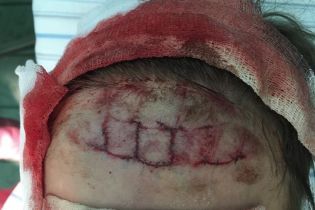 The boy, whose head is in the water Park in a shopping center “Dream Town” fell of the roof, the doctors put 34 of the seam. The wound was deep and gets to the skull, but the bone was not affected.

About this in Facebook wrote the mother of the child victim Elena Incense-Pavlenko.

“The child went down the slide and his moment of descent collapsed top design slides (in the form of a lattice, it is difficult to say what it was exactly). When the son was already downstairs, he (according to him) did not understand what happened to him (as he describes: “there was a strong blow to the head, then darkened in eyes, severe pain and through the mist I see like runs up to me dad and yells that called doctors”). In the eyes of the father – child’s face in the blood, the horror in my head that could lose his son and whether he will live, and what actually happened,” she describes the situation.

Death in birthday. What is known about the death of a child in the Kiev water Park

According to Elena, the child was prescribed antibiotics and a sedative. The boy constantly has a headache, he drinks and pain pills. And he worries that his face will scar. The boy’s parents suggest that in the future will be done to the son of plastic surgery.

Earlier it was reported that on February 24 at the water Park in the Kiev trade center collapsed part of the roof and struck the child. The incident occurred at about 18.00.

ATTENTION!!! Want to share a sad incident that happened with my son yesterday 24.02.2018 in the Kiev water Park…