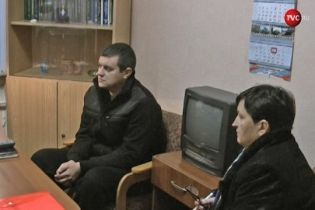 Ukrainian border guards Igor and Bogdan Jubaka Marzona that under unknown circumstances disappeared in October 2017 in Sumy region on the border with Russia and was arrested in Moscow, moved to Bryansk.

This was stated by the speaker of the Ministry of foreign Affairs Marian Betz, writes “Ukrainian truth”.

“Contained in “Lefortovo”, a court in Bryansk, so they transferred to Bryansk,” said she.

According to Betsy, Consul admitted to the Ukrainians only once.

“But we are constantly turning and accessed in late January, early February, too,” – assured the press Secretary of the foreign Ministry.

In turn, the speaker of the state border service Oleg Slobodyan said that the hearing, which was to be held in February, was postponed for one month.

“But while continuing the negotiation process for the return home. More I can not say. You should be careful not to harm the process. Unfortunately, we do not know what exactly they communicated with the Consul, but we are confident that abducted them”, – he stressed.

Recall that two of the guards disappeared during the monitoring of the border in Sumy region. The incident occurred near the village of Nobtrusive. At the direction of the guards noticed suspicious movement and went to the scene. About 8 PM with the officers of the disappeared link.

The search continued all night and half the day, while Russian media have published information about the detention of two Ukrainian servicemen. The Russian FSB was not allowed Consul of Ukraine detained two Ukrainian border guards.

According to operational information, the Russian Federation has already held the trial against the Ukrainian border guards – the review was on articles regarding “illegal border crossing” and “malicious disobedience to employees of law enforcement body”. The court’s decision – 2 months in custody.