The court of appeal changed the measure of restraint Trukhanov 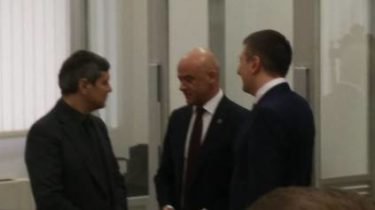 Today, 26 February, the Appeal court of Kyiv considered the complaint against the measure of restraint to the mayor of Odessa Gennady Trukhanov. The court decided to leave the measure unchanged, the correspondent of TSN.

The Solomensky court of Kiev has previously released Gennady Trukhanov on bail of MP.

Note that today the activists again staged a protest against the mayor of Odessa. In particular, they put on masks of Putin and Poroshenko, and his hands were holding posters with the message of readiness to take Trukhanova on bail. 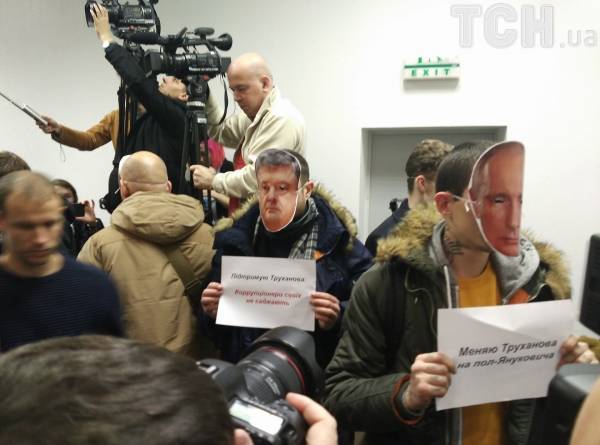 February 27 will continue the court for the dismissal of Trukhanov from office during the investigation. In addition, the Solomensky court of Kiev at the request of the NAB arrested the property Trukhanov, reports “Ukrainian truth”. The publication notes that the application of NABU was not only the mayor of Odessa, and his Deputy, Paul Vogelman. But the court’s decision on the latter is not made public since the meeting was held behind closed doors.

We will remind, on February 15, the court in Kiev, Trukhanov was released on bail of Deputy from the bloc of Petro Poroshenko Dmitry Golubov. The Prosecutor’s office demanded to arrest Trukhanov with the alternative of a bail in the amount of UAH 50 million, but the judges made a different decision.

The Odessa Chapter and seven other persons detectives to NAB suspected of financial fraud. City hall, according to investigators, has purchased the administrative building of the former factory “region” at an inflated price of 185 million hryvnias. Six months before the building was only 11 million. Detained in Odessa the mayor at the airport “Borispol”, although he says that he returned when he learned of suspicion.