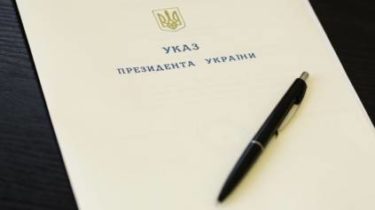 The President of Ukraine Petro Poroshenko has signed the decree about rewarding with the state awards 108 people. Among them there are soldiers of the APU, machardie and the Ministry of interior, the press service of the Ukrainian President.

Awards were given to 105 soldiers and army officers, two militiamen dead and one wounded soldier of the National guard of Ukraine. Among those who received distinctions in the Armed forces of Ukraine, 62 wounded and 43 servicemen were awarded posthumously. Fighters marked with an order of “Bohdan Khmelnytsky” and “For courage” III degree, medals “For military service to Ukraine” and “Defender of the Fatherland” and for the participation in the antiterrorist operation in the Donetsk and Lugansk regions.

A list of the names and military ranks awarded to security forces given in the published text of presidential decree No. 42/2018. It is noted that the prizes were awarded “for personal courage and selfless actions demonstrated while defending state sovereignty and territorial integrity of Ukraine, exemplary fulfillment of military duty”.