The EU Sanctions. From the “black list” can strike two ex-regionals 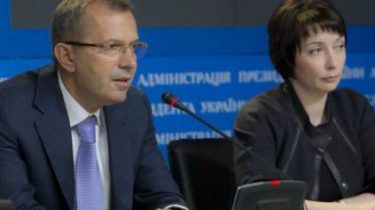 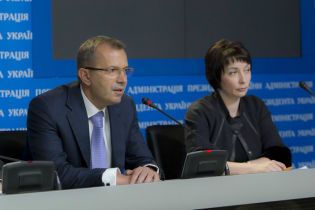 The European Union will extend from two packages of sanctions against involved in the war in the Donbas and the annexation of Crimea and against officials from the entourage of former President Viktor Yanukovych.

The first decision can take today in Brussels to bring together the foreign Ministers of the EU countries. The correspondent reports about it “Radio Freedom” Grigory Zhigalov, said the plot of TSN.Ranok.

Meanwhile, some of the defendants in the “black list” is seeking the lifting of sanctions by the court. But the sanctions policy of Brussels, despite the decision of the Court of justice, remains unchanged. Sanctions against those involved in the annexation of Crimea and aggression in the Donbass, will be extended for another six months.

A list with one hundred and fifty people and 38 companies. Can take a decision today at a meeting of foreign Ministers. Although just sources close to the Council of the EU, warned — it may happen that the solution will take in the middle of March. But — there is no “betrayal”, just Ministers may not be enough time. The decision, however, has already been approved by all necessary authorities, and this is just the final step.

The second news — sanctions against Yanukovych’s entourage will also be staying. Despite the victory of the former regions Elena Lukash and Sergei Klyuyev in the EU Court. However, the names of these two EU itself can be deleted from the sanctions list. For this reason Wednesday will meet diplomats.

In the same environment court of the European Union will announce another verdict in the case of Andrei Klyuyev. But, as “Radio Liberty” reported sources, with Andriy Klyuyev, who was the first Vice-Prime Minister under Yanukovych, Brussels does not plan to lift sanctions. And ready to appeal.

We will remind, before the U.S. expanded sanctions list against Russia new names. The Treasury Department released information that, under the restrictions were the Deputy Minister of energy Andrey Cherezov. In addition, under the sanctions were the representatives ORDO and Russian companies.