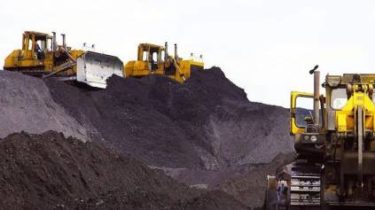 In 2017, when in Ukraine there were the controversial formula of coal “Rotterdam”, DTEK billionaire Rinat Akhmetov increased in the quarter EBITDA compared to the previous year.

Lightweight neaudirovannoj financial report of the company, which published the investment company “Concord capital”, stated that the annual EBITDA (operating profit before interest, taxes and depreciation) across the group is 23 billion, while in 2016 it amounted to 17.8 billion UAH. In dollar terms EBITDA grew by 24% to 865 million dollars. About it write “Our money”.

DTEK has retained the amount of “cash and cash equivalents” at a significant level. As of the end of 2017 they were of 5.61 billion. This is less than the end of 2016, when cash was 7,55 billion, but considerably more from 2015 when the company showed only a 0.71 billion UAH of funds.

(Data from reports of DTEK)

For the four quarters

The sharp growth of financial indicators started in the second half of 2016, when Ukraine significantly increased the electricity tariffs of the thermal power plant, which in Ukraine for three quarters is made by the Akhmetov’s group.

We will remind, in 2016, the national Commission, carrying out state regulation in spheres of power and utilities, enacted the so-called “Rotterdam+” for calculation of tariff for electricity produced by thermal power plants. The formula provides that the rate includes the cost of coal in Dutch port of Rotterdam, to which is added the price of shipping fuel to Ukraine.

At the same time rose and Eurobonds DTEK, who bought the company ICU. Co-owner of this company Makar Pasenyuk is the financial Advisor to the President of Petro Poroshenko. Chairman Dmitry NKREKU wolf before the appointment worked in company ICU and “Roshen” Poroshenko. The co-owner of ICU was also Volodymyr demchyshyn, who was the Minister of energy and coal industry during the development of the “Rotterdam” in 2015-2016. Another co-owner of ICU was the current head of national Bank Valeria Gontareva, which can’t fire her application even with last year’s spring.

In April 2017 the NAB reported that the pre-trial investigation on the fact of abuse of official position of officials of the national Commission because of the “Rotterdam+”. Also called a corruption scheme “Rotterdam+” Prosecutor General Yury Lutsenko.