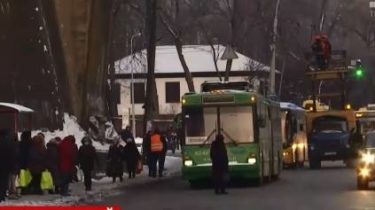 The first test the 20-degree frost in the capital, could not stand the wires that feed public transport. Because of their open at one of Kyiv routes, the trolley stopped, says the story TSN.19:30.

People hem was forced to ask a passing car, but not all drivers stopped and picked up passengers even for money. Someone stood waiting for transport for over two hours. “Bus full, did not stop neither. What kind of electricians that can’t be repaired? To hell with them,” nervous people who couldn’t get even to the nearest metro station.

Videopunk heating in Kiev was attended by about a thousand people

The first test of the 20-degree frost could not stand the wires that feed public transport. Because of their open at one of Kyiv routes, the trolley stopped. People are gradually tightened to points heating. Frost makes stay lonely people together. 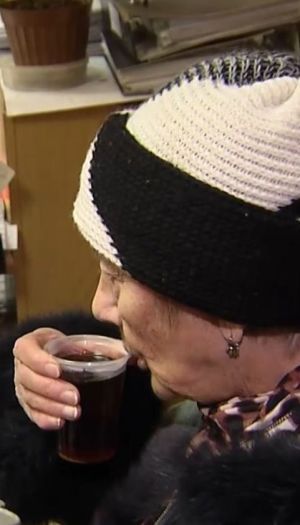 The movement of trams in the same area was blocked by an accident. The drivers explain that not all have adapted to the cold and do not take into account that the rubber in the cold “harden”, so the braking distance increases.

Ukraine is approaching the coldest night of this winter

The afternoon sun warmed the center of the capital to -13, and in the evening the temperature again started to fall, and by heating stretched the homeless and pensioners. “We are retirees, stay at home. He worked for 50 years, and now they gave us a penny,” explains Martha G. and Mary andrianovna, who came to the social workers for tea and sandwiches. Since the beginning of winter such items have already visited nearly a thousand people, where they basked, talked, dressed. The points of heating of ordinary Ukrainians bring not only junk, but also quite decent, which is not ashamed to wear and quite wealthy man.