Hroisman is going to participate in the next elections 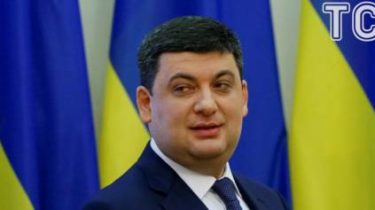 He stated this during a meeting with representatives of regional media, writes “Interfax-Ukraine”.

“I plan to participate in the next parliamentary elections. Every politician should ask himself why he does it… I will participate to fight for the adoption of specific necessary decisions”, – explained the head of government.

According Groisman, in particular, is a necessary solution to the issue of a new electoral system.

“This issue needs to be resolved before the election – the question of a new electoral system. The Parliament in the first reading passed a good law that can be modified to the second reading – that it was open party lists,” he added.

We will remind, earlier the speaker of the Verkhovna Rada Andrei Parubiy said that Ukraine will not be early parliamentary elections.