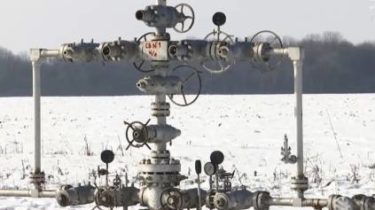 The field of blue fuel costing more than 40 million hryvnias a little-known private company has received at least ten times cheaper than normal market prices. So believe in “Ukrnafta” and the courts challenged this decision, according to a story TSN.19:30.

Switanowski-Chervonoflotska field has been the center of attention after the spring of last year, the State service of Geology and mineral resources has concluded with a newly established company contract for the right to use and without any competition. Lawyers Gosgeonedr convinced that had it right. “We have two ways: as a result of the spending of auctions in the case of providenja testing and approval of reserves,” – says Svetlana Shapoval.

VideoStudio gas fields in the Poltava region decided in the courts

The field of blue fuel costing more than 40 million hryvnias a little-known private company received ten times cheaper, according to “Ukrnafta”. The company, whose shareholder is the government currently appealing this decision in the courts. Claims, their geological examination showed much larger gas resources than in the contract. As a consequence, the state can not count the tens of millions of hryvnias in the budget. 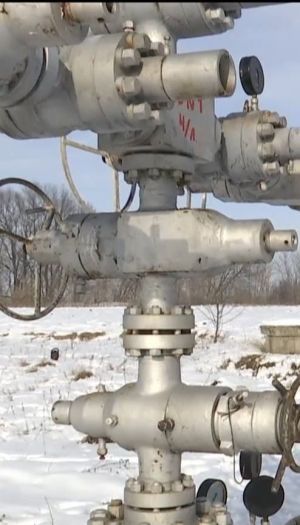 Just to the magnitude of the field’s reserves are huge issues in the company “Ukrnafta”, where I suspect misrepresentation and violations of the law when issuing permits. Field of “Ukrnafta” was 10 years – conducted geological survey, drilled wells, and when the term of the special permit has expired, has filed a new application in Gosgeonedra. “Our company would have to have priority in the granting of this permit,”- said the representative of “Poltavaneftegaz” Andrey Maksimov.

Russia forced to stop production at the field, which provides half the gas of Crimea

However, the application was rejected allegedly due to the fact that the regional Council did not provide the oil permits for subsoil use. The cause of the refusal of the regional Council referred to the fact that the state company has refused to pay in the local budget additional money, while the little-known “Arkona Gas Energy” did it – paid 5% over the cost of rent in the budget. Oil companies say that the real problems began when the State service of Geology and mineral resources of Ukraine sold a special permit for 20 years Nadra gave less than 4 million, although this Deposit should cost ten times as much, namely 47 million.