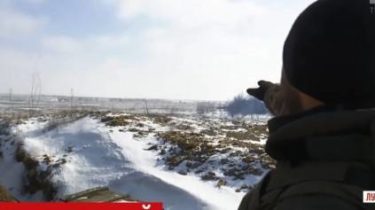 Frost stopped the militants ‘ attacks on Ukrainian positions on the arc Svetlodarsk. So instead of hiding from large caliber military undertook to build their own fortifications, says the story TSN.19:30.

“We carry out engineering work,” explained Mat soldier with the call sign “Falcon”. Before the cold snap on top of the fighters rained down shells 120 caliber. One of the mines exploded, and now show it to journalists. CSKA are sure that the enemy is just waiting for the frosts, because in weather like this technique simply does not withstand the loads.

Videolady frost bound the enemy in the Donbass

Not a day goes by that Svetlodarsk arc not mentioned in the official front-line reports. The fighters are playing there is no small caliber, and immediately hit heavy. But these days the enemy was silenced – a strong frost came to the position. Bask not machine guns, and shovels. Silence and Ukrainians use in their favor. 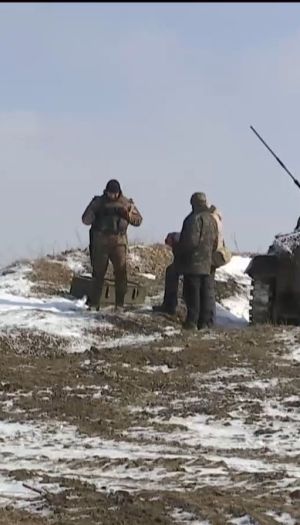 Despite the lack of enemy activity, soldiers regularly warm up their infantry fighting vehicles. “Tiny” as it is affectionately known soldiers include every four hours, because the favourite technique of do not like. “Well, the 73-calibre, not bad beats. We have good gunners, aiming to put”, – says Dmitry.

His sister “Chapay” in the hours of quiet busy – he’s preparing the wood that night was something to heat the room. In the trenches military specifically doing “Africa” to after night combat duty, was faster to warm up. “It’s minus 12, and we’ve got 20 plus, at least. Stove volunteer, we are very grateful to these people who help us” – recognized by the military.