Surkov, had visited Crimea before annexation of the Peninsula. Mogilev has revealed the details of the visit 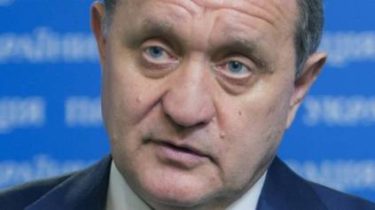 The former head of the Crimea Anatoly Mogilev met with Russian presidential aide Vladislav Surkov at the end of 2013 or early 2014.

He said this in an interview with “Ukrainian truth”.

The meeting took place on the Peninsula until his capture by Russia.

“With it came another 4-5 people, as he introduced the employees of engineering services. The idea was that in 1995 or 1997, just signed a joint agreement between Ukraine and Russia on construction of Kerch bridge. This document went between Russia and Ukraine in the Cabinet of Ministers, it was discussed, was the coordination of services. One of the approvals is stuck in Kiev”, – said Mogilev.

According to him, Surkov explained to him that his arrival is linked with the construction of the bridge. “I then tied him up with someone of the Ukrainian Ministers who led the transport or the transport Minister or Deputy Prime Minister who oversaw the position. We discussed with him this project”, he added.

While Anatoly Mogilev denies any conversation about the political crisis in Ukraine.

“I talked to him for about 40 minutes or an hour. And that’s all. I don’t know if there were any meetings he had with someone else. I can’t even say he flew from the Crimea to this day or the next,” – said Mogilev.

We will remind, Anatoly Mogilyov, the Crimean Parliament dismissed at the beginning of the annexation of the Peninsula.

Earlier, the national security Council and defense of Ukraine has declassified the transcript of the meeting dated 28 February 2014 regarding the situation in the state at the end of February – March 2014 (question of annexation of the Autonomous Republic of Crimea). In particular, the record indicated that during the annexation of Crimea in late February 2014 Russia on the border with Ukraine concentrated 38 thousand soldiers with a large Arsenal of heavy equipment, helicopters and ships in the Black sea.