Avakov appeared at the Villa with 26 rooms, on the sea coast in Italy – media 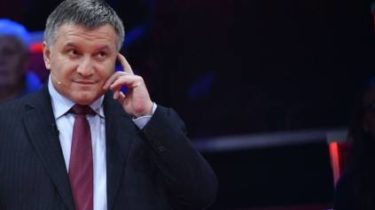 Last year the Minister of internal Affairs of Ukraine Arsen Avakov allegedly became the owner of a Villa in 566 square meters on the Mediterranean coast in Italy. This is evidenced by documents from business registers and property Italy that are referenced in the “Our money”.

The estate has 26 rooms on the first, second and basement floors. The building is located on battery street in the Italian town of San Felice Circeo, in the Lazio region, the province of latina. Google Maps of this address shows a house with a pool. The approximate value of the property as shown by the calculator on the website avvocatoandreani.it may be about 774 thousand euros. 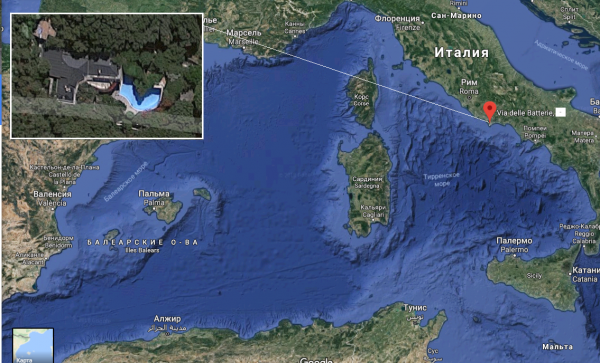 The scheme of purchasing real estate is complicated, as writes the edition. Arsen Avakov allegedly is the 100% owner of the Italian company Avitalia S. R. L. last year, she swallowed another Italian firm Ferdico S. R. L., which 3 Feb 2017 received the state act on the ownership of the Villa.

Before the merger the owner Ferdico S. R. L. became Violetta Abovyan – the daughter of a member of the Supervisory Board of joint stock company “Investor” Ashot Amiryan. Himself Ashot Amiryan became the sole Director of the administrator Ferdico. It is known that the “Investor” is allegedly the main job of the wife of the Minister of internal Affairs Inna Avakova. Last year her salary there amounted to 291 thousand UAH, averaging 24.3 thousand UAH per month.

To the family of Amirjanov head Ferdico S. R. L. was Irina Kuzhel, and members of the Board of Directors – Natalia Kozlov and Vadim Omelchenko. Last in the years 2014-2016 on the documents was listed as the only member Ferdico S. R. L. (the firm founded in 2013).

During the takeover of Avitalia S. R. L authorized capital Ferdico S. R. L amounted to 30 thousand euros. The journalists of “Our pennies” come to the conclusion that the Minister of internal Affairs of Ukraine for 30 million euros became the owner of the property at 774 thousand of Euro. At the same time, relevant changes in the Italian real estate registry as of February 2018, of which there was not – a Villa in San Felice Circeo still was on Ferdico S. R. L.

We will remind, recently Avakov announced its electronic Declaration of assets and income for 2017. Last year he earned just over a million hryvnia. His wife Inna is 52 times more, almost 57 million.