Suprun sharply reacted to the fact that in the children’s Department of the heart Institute, is the leader of the “aunts” Krysin 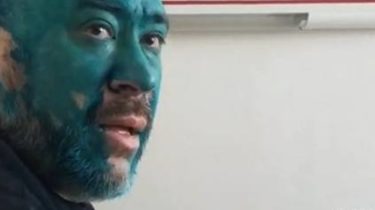 The Minister of health Suprun considers it unacceptable that in the children’s Department of the heart Institute in Kiev can be on the treatment of the leader of the “aunts” Yuriy Krysin.

“What in the children’s Department of congenital heart disease at the heart Institute for children who are being treated there is an adult repeatedly judged and accused for the murder of a man Yuriy Krysin is unacceptable. However, such information spread in the media. Contact the Director of the heart Institute, Boris Todurov with the aim of clarifying the situation,” wrote Suprun on Facebook.

On the website of the Ministry of health said that now check information concerning the circumstances of the stay in the Rat heart Institute.

“With the aim of clarifying the circumstances of the situation, the Ministry of health of Ukraine addressed to the Director of the “Institute of heart of the MOH of Ukraine” Boris Todurov to provide an explanation, whether there corresponds to reality information that the children’s Department of the heart Institute is an adult patient, repeatedly convicted and accused of many violent crimes, including murder. If the information is confirmed, the doctors of the heart Institute should establish the condition of the patient whether he needed hospitalization, or, on the contrary, his state of health allows to take part in trials. After all, according to information released to the media, that person by staying in the health facility avoids participation in court sessions within the framework of numerous trials where he is accused”, – is spoken in the message of Department.

The health Ministry also stressed that “every person who really needs medical assistance should receive it in full, regardless of any factors. However, we consider it unacceptable to use a stay in healthcare institutions, especially in pediatric wards, as a way to avoid justice.”

Recall, the activists visited the hospital Rat. Brought him the poison for rodents, a mourning ribbon, and poured green paint.

On 22 December last year, the Shevchenkivskiy district court of the capital sentenced in the murder of journalist Vyacheslav Veremiya during the events of Euromaidan. The accused Yuri Rat found guilty, was sentenced to four years imprisonment with a probation period of two years and released. The verdict of the judge Oleg Linnik outraged people. He explained his decision by the fact that he could not “go beyond the charges”. “The charge was hooliganism and light bodily,” he said.

Before Linnik already released into the wild two “aunts”. 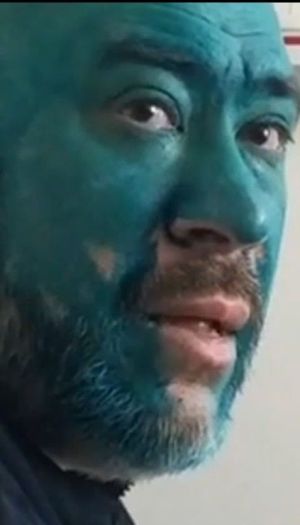 The Ministry of health of Ukraine
,
Ulyana Suprun